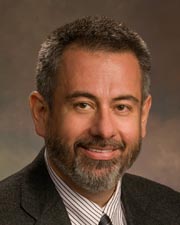 Dr. M. Fernando Salazar is the Chairman of the Board at Bay Area Heart Center.

After receiving his undergraduate degree from the University of Pittsburgh, Dr. Salazar received his medical degree from the State University of New York. Dr. Salazar completed his internship and residency in Internal Medicine at St. Vincent Medical Center in New York, where he was elected as the Chief Resident. He then pursued subspecialty training in Cardiovascular Medicine at the Sisters of Charity Medical Center in New York, having the honor to serve as the Chief Fellow in Cardiovascular Medicine. Additionally, he was appointed Clinical Professor of Medicine at the State University of New York and Clinical Professor of Medicine at New York Medical College.

During his training, Dr. Salazar was Resident of the Year and earned several awards for cardiovascular research from the American College of Physicians and the Richmond Medical Society of Staten Island, New York. Dr. Salazar has the distinguished accolade of receiving the Frist Humanitarian Award, which recognizes individuals whose daily dedication and care giving epitomize the highest standards of quality and personal commitment.